Jordan K. Carneal received his B.S. degree in Civil Engineering with a minor in Applied Mathematics from Old Dominion University.  He was very active with the ODU ASCE student chapter and interned at NASA Langley Research Center.  He moved here from Yorktown, VA and started working for the firm after graduating in May 2015.

Shellie is a graduate of Old Dominion University with experience in managing departments and organizing events.  General inquiries and billing questions should be directed to her.

Jesse received his B.S. degree in Industrial Drafting and Design from Appalachian State and has worked for several local architecture firms in Wilmington, NC.  He has been with this firm since its inception. 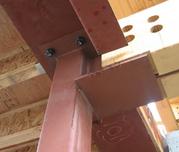 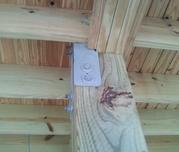 David received his A.A.S. degree in Architectural Technology from Cape Fear Community College.  He worked for five years for civil engineering firms, three years for a structural engineering, and came to work for this firm in June 2014.